Kevin is out this week, so I thought, instead of sitting in here and talking to myself for thirty some odd minutes, I’d bring in our first ever guest co-host.  Korey was kind enough, or bored enough, to stop by and fill the other mic this week.  We hit the ground running with something that Kevin is known for, random story time.  Then we transition into acting, since Korey just wrapped up filiming a major motion picture.  Then we play the Danny or Crispin Glover Game.  We do manage to offer up not one, not two, but three Throat Punches of the Week.  Then we talk condoms.  Not just any condom mind you, but the soon to be latest trend in pregnancy prevention, The Galactic Cap!  (Trust me, you’re going to want to hit the link and watch that video.  Priceless.  And yes, that’s the Galactic Cap photohopped (badly) on Korey’s head in the pic.) 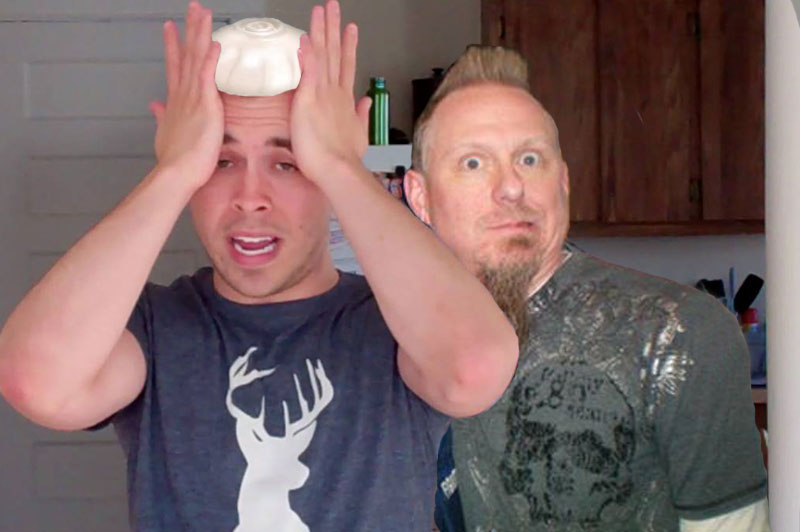