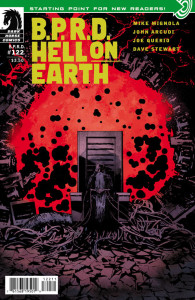 It’s the end of the world.  Quite literally.  Giant monsters of unknown origin are rampaging across the land.  And the Bureau for Paranormal Research and Defense seems to be running thin on answers and defense at this point.  And this makes as good an entry point for new readers as any. (Besides, it says so right on the front cover.)

In this issue, Mike and John have decided to throw yet another wrinkle into this already multi-layered story.  It’s a nice hook for new readers to latch onto as they slowly discover the numerous other plot lines that run through the entirety of the Hell On Earth story.  With dynamic art from Joe Querio and a story that moves from Mike and John, this is the issue where you finally decide to jump on the BPRD.  (You know you’ve been wanting to.  It’s cool.  No one will laugh.  Just pick it up and dive in.) 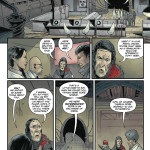 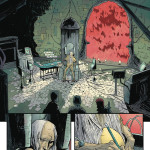 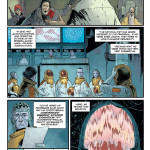 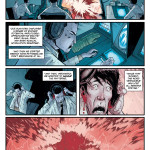 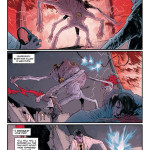 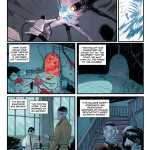