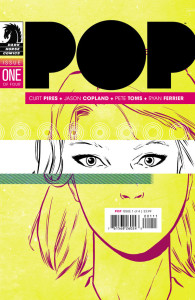 These days, pop music stars are equally loved and vilified.  They are packaged, primed, and presented to the world, not as people, but basically as soulless commodities that are to be used to generate copious amounts of money and then thrown away and replaced with the latest model.  Pop takes that conceit, and pushes it further.

How much further is up to you and your view of pop culture in general.  In the world of Pop, stars are literally “manufactured”, in pods to be specific.  (Pop Pods I guess.)  That is, until our newest star, Elle, escapes.  Pop is a Technicolor mirror held up to today’s culture and shows us a not too unrealistic view of society.  It’s really good, and more than a little scary on some scales.  Of course, it’s not all smarmy underbelly of the entertainment world in Pop.  Elle runs into your everyday Joe Schmo who goes by the name Coop.  There’s plenty of room for romance here with Elle being built to be a superstar, and Coop being just a dude.

This is definitely worth picking up, even if it’s just to see the Justin Beiber analog get his upcomence. 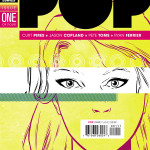 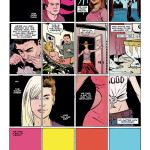 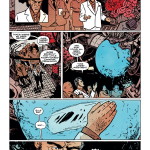 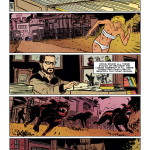 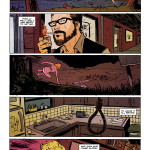 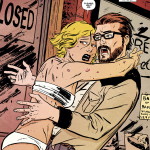 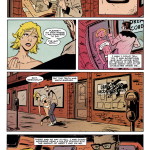