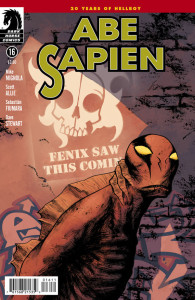 Mutants, monsters, cults and Abe.  There’s a lot of that going down with this issue.  Abe makes his way back to where things began (at least this time around) for him, Rosario, Texas.  Yep, the same place Abe was shot by Fenix that started him down his current path of self discovery.

His lady friend (seriously, I have no idea what to call her, girlfriend, partner, travelling companion?) Grace is none too happy with any of this.  Once in town things heat up: Abe rediscovers the Cult of Abe; he spots the BPRD agents tasked with bringing him back to the fold; a giant hole in the ground immediately starts belching forth some weird type of mutating gas; he’s attacked by mutant dogs; and he meets Dayana, the apparent leader of another weird post apocalyptic cult.  Dayana, by the way, is super cool and creepy looking all at once.  I do like me some cool looking characters.

There’s a lot going on here, which is one of the reason I dig this title so much.  A lot of players are introduced and reintroduced.  Abe remains steadfast in finding out what has happened to him.  And there’s some solid action.  Sebastian Fiumara brings the violence of the fight scene between Abe and the mutant dogs to life.  There’s a frantic pace to those pages that I really like.

4 out of 5 Dancing Tony Danzas 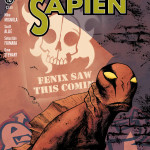 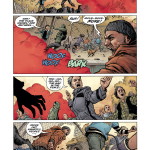 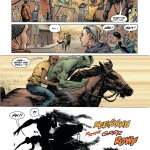 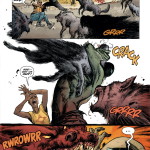 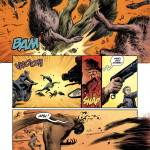 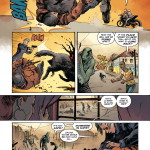 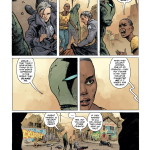