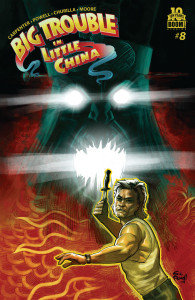 Bust out the popcorn and soda (or pizza and beer if you’re so inclined…which I am), dust off the VCR, this is some slam bang good ‘80’s Action Movie action.  And while we’re at it, can we dust off Kurt Russel too?  Remember how awesome Kurt was back in the day?  (I’m not saying he isn’t awesome now, he just happened to be awesome back in the day.)  No?  Then pick this book up and read it.  (Also, I’m not implying he’s currently covered in dust…but I’m not implying he isn’t either.)

Eric Powell continues to serve up a fantastic throwback comic that holds up to today’s story telling standards, yet doesn’t shy away from its roots.  His action and dialogue is so spot on it makes me wish that someone would gather up the crew and start filming this thing right away.  Lo Pan continues to pursue Jack Burton in his seemingly never ending quest for vengeance.  And in typical Jack Burton fashion, he manages to bumble his way to thwarting him.

But this time around, Jack shows some real heart and his method of victory, while effective, has proven to be rather dramatic.  It also may have brought him closer to Lo Pan than Jack ever wanted.

I’m so digging this book every single month.  It’s consistent on so many levels.  The action is right out of an ‘80’s movie; as is the dialogue.  It’s genuinely funny, and I absolutely love the art.  It continues to be one of the most fun books I read every month.  Thank you so very much for that Mr. Powell and Mr. Churilla.

5 out of 5 Printed Tank Tops 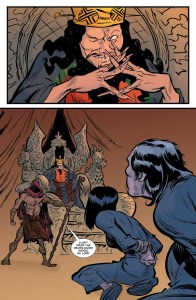 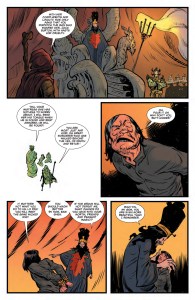 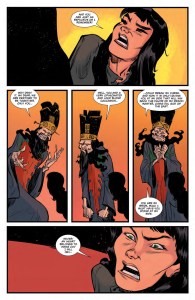 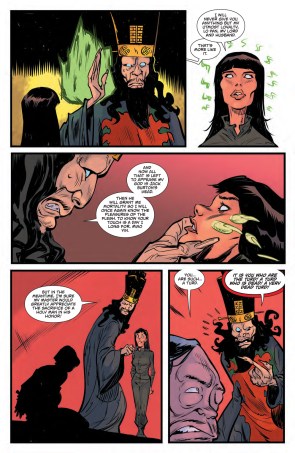 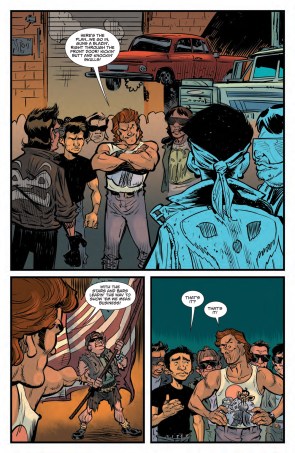