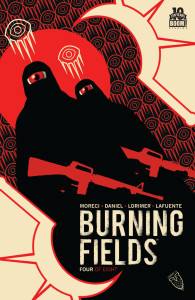 Do you ever have those feelings, those little tremors of premonition that say, “This is going to be good”?  Like the first time you heard that power chord hit on Ronnie James Dio’s Rainbow In The Dark.  You knew Dio was going to slay it vocally, but then that power chord hits, those keys kick in, and it’s on.  You know this is going to rock out loud.  That’s the feeling I got when I read the first page of Burning Fields #4.

Call it coincidence, call it Fate, call it weird, but I’ve been listening to Dan Carlin’s Hardcore History, Wrath of the Kahns.  It’s all about how Genghis Kahn rose to power.  When Michael and Tim open this issue with a story about Genghis Kahn, a story I had just heard retold in this podcast not two days ago, I knew this was going to be the issue that makes this series for me.  And it did.  Don’t get me wrong, like Dio on vocals, Michael, Tim and Colin have been delivering every month with a fantastic story steeped as much in myth and mysticism as it is in real world issues.  But man, this one steps right off the supernatural cliff with eyes wide open, and it rocks out loud.

When Dana and crew investigate the tunnels under the oil field things get very weird very quickly.  I was reminded of the book House of Leaves and the movie Event Horizon.  The very fabric of reality was shifting in front of their eyes.  Tunnels were appearing out where before there was just a rock wall.  Where there was only one tunnel, now there were several.  There’s a touch of madness starting to bleed through the very walls.  And as Ghada finally reveals to Dana exactly what all these symbols on the tunnel walls mean, as he relates the story of the Great Demon Asag, it’s as if his telling brings Asag closer to reality.

And then the final few pages.  I’m not going to spoil anything, but man, things just got crazy real for Dana, and well possibly the world.

I have to say, as much as Michael and Tim hit it out of the park story wise here, Colin is killing it in this issue.  There are so many times when in this issue where the story is told through the eyes of several characters, and Colin nails it.  He’s able to bring those subtle and sometimes not so subtle emotions through his art in what seems like an effortless manner.

Burning Fields #4 is the issue that makes me want to go back and read the first three again, it’s that good. 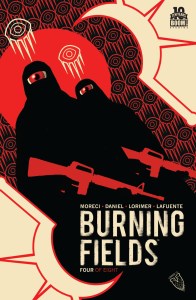 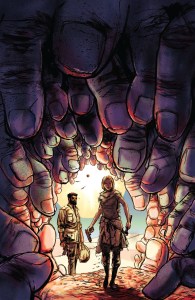 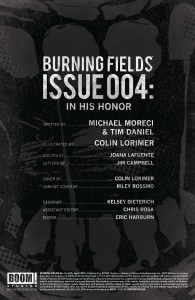 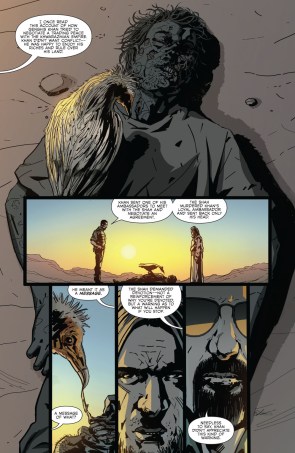 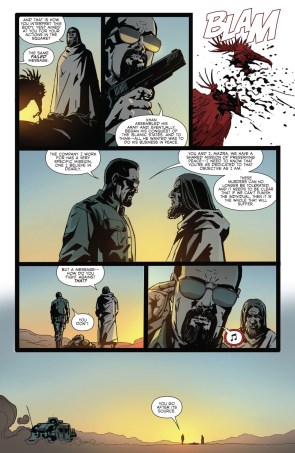 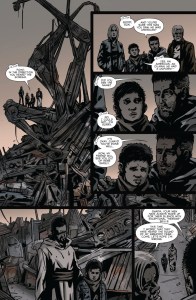 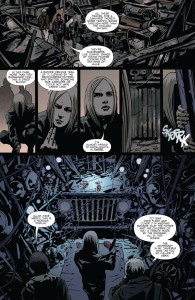 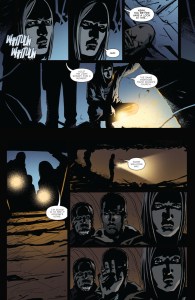