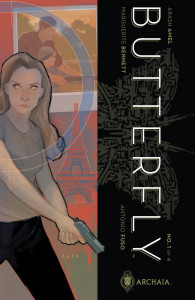 Sometimes I pick up books because of the cover alone.  Sometimes I pick up a book because it has a cool name.  Both of these things are true of this book.  Butterfly #1 has neat cover art with the girl holding a gun with the Eiffel Tower in the background.  And there’s a giant butterfly composited from different guns.  So far so good.  Add to that the word Archaia on the cover and I’ll give it a go.  Glad I did.

I’m digging the spy stuff lately.  And Butterfly, after just one issue, is on its way to being a cool spy story.  It opens up like a cross between TV’s Burn Notice and the Bourne movies.  Our heroine, Butterfly, is a spy, and a dang good one.  But right off the bat she is on the run and clearly on her own.  We don’t know why.  We don’t know exactly who she’s running from.  And when we just start to get a peek under the hood, things switch gears two-thirds of the way through and now it’s her dad’s story.  And of course, Daddy Butterfly has history.  And it’s not overly pretty.  He’s been around.  More than once.  He’s seen stuff.  He’s done stuff.  Hell, he died.  (Kind of).  He went into hiding to protect his family.  And now, he’s face to face with his daughter.

Honestly, I’m not 100% sure what the hell is going on, but everything I see and read makes me want to see and read more.  Now admittedly, I read Butterfly when I was butt ass tired and had to re-read several pages before I attempted to review it (while working on my second Blue Moon Harvest Pumpkin Ale by the way.  Happy Fall Y’all!), but that’s the whole point of a spy/mystery story.  Ok, so maybe I’m underselling my understanding of this story a bit, but the bottom line is I like it.  The change of perspective from daughter to Dad on page 20 took me by surprise and I liked it. 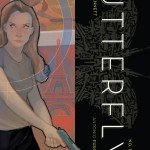 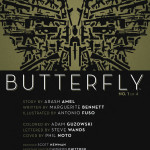 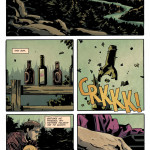 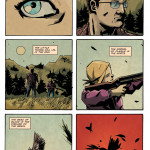 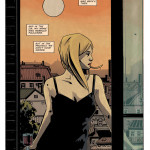 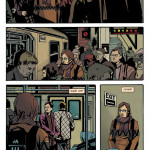