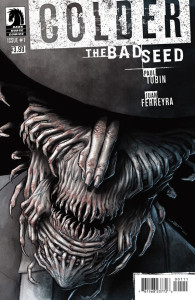 Paul Tobin is a weird dude.  There, I said it.  But he’s weird in the best way possible.  Colder: The Bad Seed is a creepily cool tale that is disturbingly good.

Our boy, Declan Thomas, is fresh off his encounter with Nimble Jack, and he’s making the best of his new found powers.  He’s settling in with his former caretaker, Reece, and he’s helping people.  Declan is somehow able to siphon off the crazy from folks.  Juan Ferreyra is to be commended for his depictions of the various forms of insanity in this issue.  These “monsters” are frighteningly Lovecraftian and completely believable personifications of the various maladies these people are afflicted with.

But it’s Declan’s apparent normalcy that makes the intrusion of the new guy, Swivel, even more disturbing.  After all, Declan is using his abilities to help others; even though he doesn’t one hundred percent understand them; and even though it’s probably taking an unknown toll on him while he’s doing it.  But this Swivel guy.  Man.  That guy is really messed up.

Again a big hats off to Juan Ferreyra for the design of Swivel, because he is truly disturbing.  Of course, the fact that Mr. Tobin has him harvesting peoples fingers the first time we meet him, adds a layer of creep to his disturbing nature.  Another big tip of the hat to Juan

I thought the original series of Colder was twisted (and it was) but this one seems even a bit more twisted.  It leaves you feeling unsettled inside.  Also, I may not drink milk for a month.  Thanks Mr. Tobin. 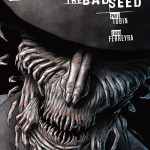 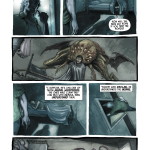 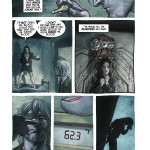 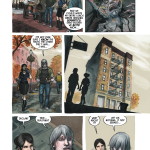 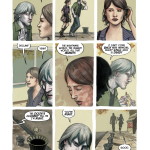 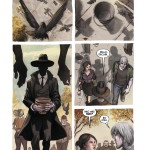