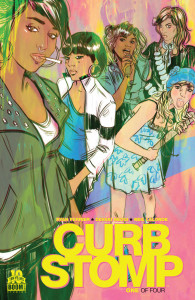 Take Gem and the Holograms, replace their instruments with baseball bats, knives, and brass knucks, and put them on the wrong side of the tracks, throw in some attitude from The Warriors, and mix it up with a neo classic pop color palette and you get a little peek at Curb Stomp #1.  (Or at least a peek inside my bean when I was reading it.)

Curb Stomp is looking to be an intense mini series featuring five women just trying to make their neighborhood a better place to be.  Ryan and Davaki do a really nice job of introducing us to the five main players in Curb Stomp.  They call themselves The Fever.  Five women who have taken the law into their own hands, since the law seems to be otherwise preoccupied with ignoring them completely.  We get a nice intro to each character and get a little bit of who they are and what they’re about.  Plus, while the introductions are going on, we get a look at their turf, Old Beach.  It’s one of three boroughs that lay outside The City.  Of course, The City is for the haves, and the boroughs are filled with the not gonna get its.

And herein lies the problems and the conflict in Curb Stomp.  As is often the case with folks in the “haves” category, they often want more.  Well, if you want more, you have to get it from somewhere, and The City is looking to the boroughs to find it.  The City is laying plans to hook up with the other boroughs, Bayside and their gang the Bayside Five, and Newport and their gang The Wrath.  As you can see, this leaves Old Beach and The Fever on the outside of outside.

I like where Ryan is taking this story.  And I’m digging the visuals Device is painting for us.  There’s sureness about his art that helps bring the very real life problems The Fever are facing into sharp contrast.  It’s a one two punch that continues to hit the mark. 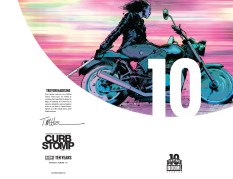 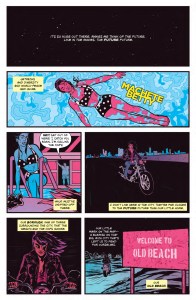 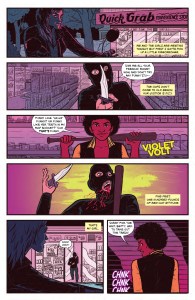 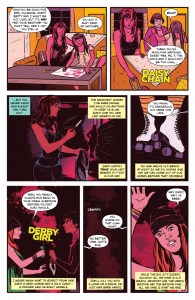 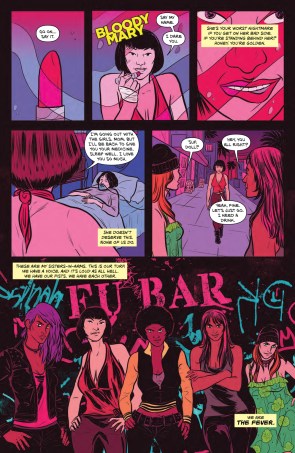 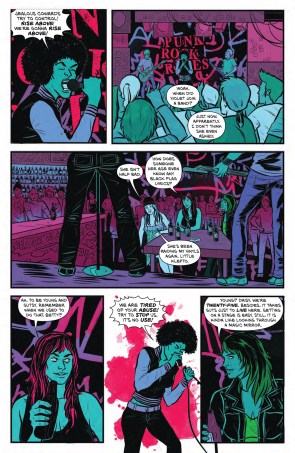 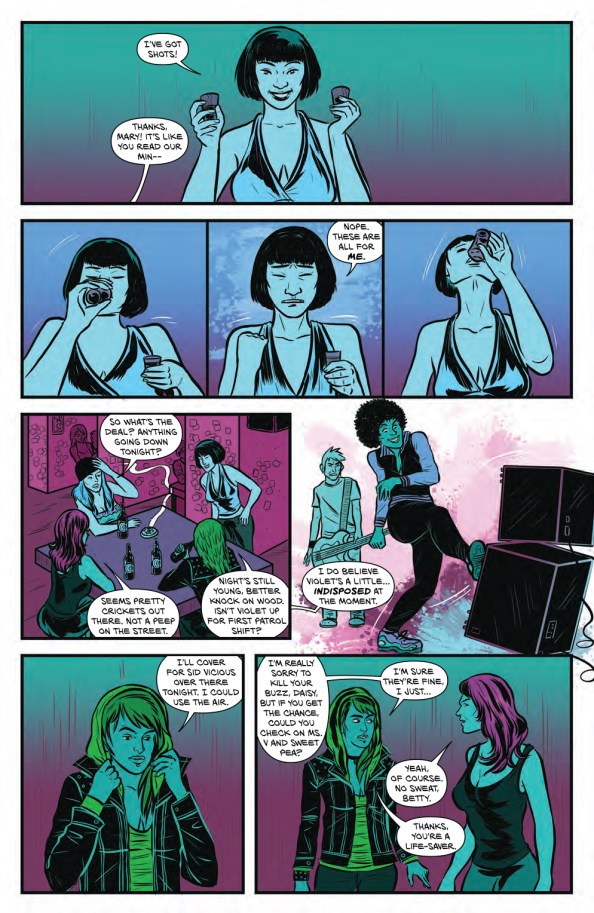