I really liked this issue of DHP.  You get some nice time travel action with Pastaways from Matt Kindt and Scott Kolins.  The monster hunting continues with Semiautomagic Chapter 3 from Alex de Campi and Jerry Ordway.  Some actual demon wrestling with Wrestling With Demons from Jimmy Palmioti, Justin Gray and Andy Kuhn.  There’s the trippy, surreal fever dream that is Tiger Lung from Simon Ray.  Peter Tomasi and Keith Champagne serve up some dark supers action with The Mighty Chapter 3.  And Ed Brissons’ Murder Book: Hot Shot delivers some dark crime action.

I would normally tell you which story stood out as the best of the bunch, but I can’t do that here.  I really can’t.  I enjoyed every single story for different reasons.  This is a great way for to discover some stories/characters/creators that may be new to you but definitely deserve your attention.  For my money, you really can’t go wrong with DHP.

Ok, so after reading over what I’ve written about this issue, I realized that saying I can’t pick a favorite story felt like a bit of a cop out.  So I went back and read the entire issue again… And in all honesty, I can’t single any one story out.  I really do dig them all… for different reasons, but I do.  However, if I’m forced to pick a favorite (Ok, so no one is actually forcing me to pick a favorite… other than me.  Why do I do this to myself?) I will say it’s a tie.  Call it my weird fondness for the darker side of things, but I really liked The Mighty and Hot Shot.  The premeditation of The Mighty’s dark hero is downright disturbing and leaves you wondering, “What if…?”  That’s some fine story telling right there.  Plus the art is so solid.  Ed Brissons’ Murder Book: Hot Shot brings its darkness to a more grounded, gritty level.  Plus, it hit me on a personal level as well.  (No, I’m not going to elaborate on that.)

Having said all that, I still completely dig the idea behind the Pastaways, and there is clearly some interpersonal turmoil building between team members.  Alice in Semiautomagic is such a no nonsense character, I just can’t help but like her.  Besides those creepy ass mannequins were flat out disturbing.  The art work in Wrestling With Demons rocks on toast.  Tiger Lung is still flat out trippy. 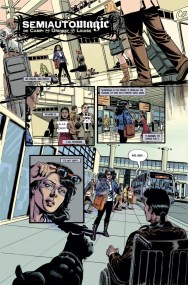 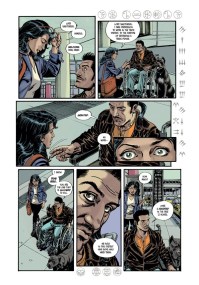 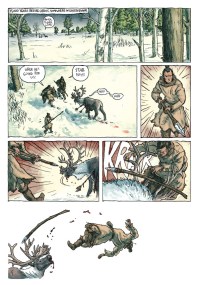