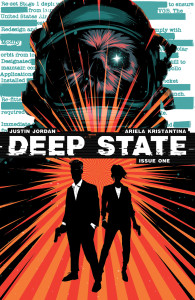 I’m a sucker for a conspiracy theory.  I’m also a sucker for good marketing.  And ever since I saw the teaser image for this book (which ended up being the cover to issue #1) I wanted to get my hands on it.  And here we are.

Justin Jordan launches into his take on conspiracy theories from a solid starting point: the Moon landing.  He doesn’t go with the tried and true (or not so true) “The Government faked the Moon landing”, but moves it back by several years.  They didn’t fake it.  They’d already been there, and they found something.  Yeah, conspiracy theories may be familiar ground, but I like where Justin is heading with this one.  And I’m totally digging the art here from Ariela Kristantina.  It’s strong.  This is my first time experiencing Ariela’s art, and I can tell you I’m a big fan already.

Yeah, there’s an inside out X-Files/Men In Black vibe here, but that’s cool.  The X-Files was awesome and I dug Men In Black.  Besides, Russian Space Ghost Dude!

3.5 out of 5 Shooters on the Grassy Knoll 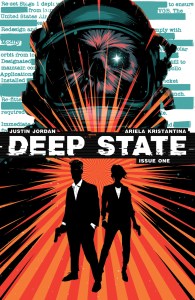 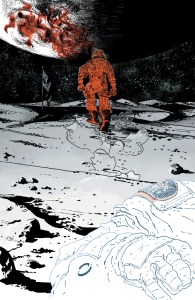 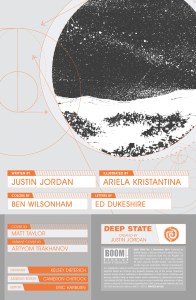 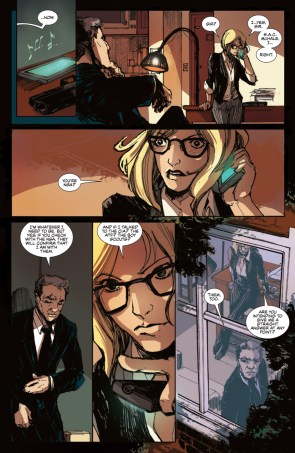 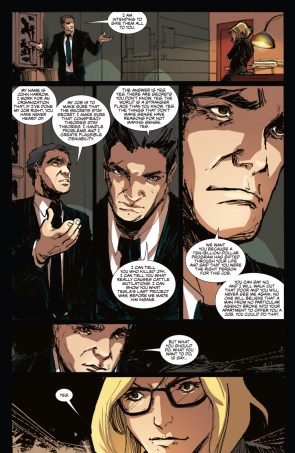 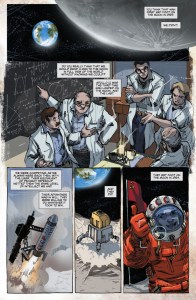 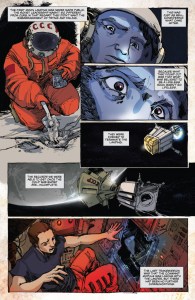 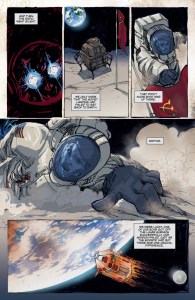