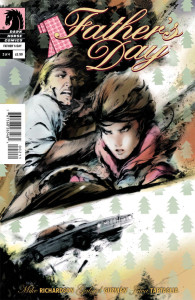 Mike and Gabriel take the whole “Father/Daughter Road Trip” and twist it up real good.  And I thought I had it tough sharing the way back of the station wagon with my step sister.

There’s plenty to like with Father’s Day, (Action; car chases; old school mob violence; rock solid art; etc…) but I think my favorite part may be Denise, Silas’ daughter.  And it’s because, for some reason, I think there’s more there than what she’s letting on.  It might be that I am completely misinterpreting the signs, or eve seeing signs that aren’t there, but I swear, there’s something more going on with that girl.  I’m not going to say I don’t trust her, but, yeah, I don’t trust her.  And that’s what I like about it.  I may be way off base, I don’t know.  But I like thinking that Mike has me second guessing the innocent daughter and her motives.  I know Silas is being hunted by his old boss.  But I get the feeling that Denise has found him for reasons that she hasn’t made clear yet.

So color me weird, but I’m almost rooting for a heel turn with Denise.  Like the Sweet Chin Music kick from Shawn Michaels to the jaw of Marty Jannetty, that kind of turn would leave an indelible impression.  Now, I know, I might not get that, but man I’m having fun with this book thinking about it.  I’m not sure why I became so obsessed with this idea while I was reading issue two, but there it is.  Call it an unintended perk to an already perk filled book. 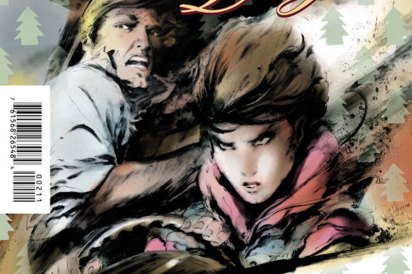 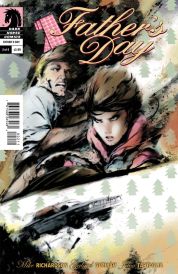 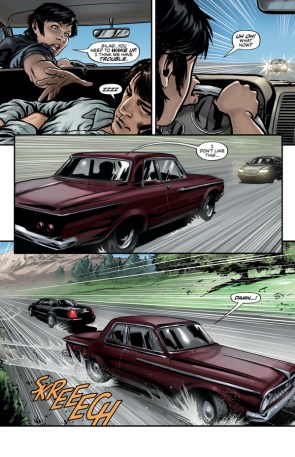 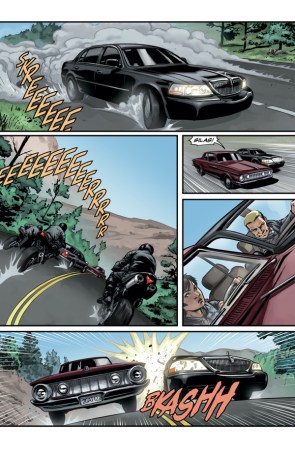