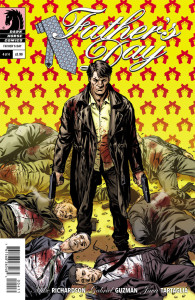 Mike and Gabriel wrap up what can only be described as one hell of a Father/Daughter day out.    Face it, Silas and Denise won’t be posting a ton of selfies on the Instagram or Twitter after this little trek together.

I’m not going to say a ton about this issue.  I liked it.  We got to see this new, fragile and very strained relationship go through a bunch of ups and downs, but come together enough to get through this crazy ride at least intact, which is pretty good.  And honestly, it’s a bit surprising.

I really thought that we were going to see a heal turn from Denise, not unlike Shawn Michaels’ Super Kick Heard Round The World (I may have just made that name up, but the incident did happen) when he launched Marty Jannety through the Piper’s Pitt window.  I’ve said before, that there’s something more going on with Denise than she is letting on.  And I swore it was she was workin’ her old man.  So I may have been off on the heal turn, however, I was partially right.  There is clearly more going on with her, as she alludes to in the final panel.  (I knew something was up with her!)

So now that we know that there is something more to Denise, I’d really like to see what that is. She has been, for me any way, the more intriguing character during this whole story.  And I think it’s because there is so much we don’t know about her.  We don’t know tons about Silas, but we get it: he’s a former bad ass trying to live a normal life.  But with Denise, man, we just don’t know.

Overall, this was a solid little spy on the run tale with some odd Father/Daughter bonding thrown in. 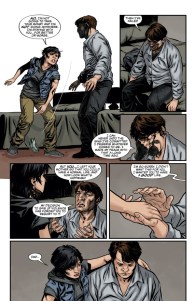 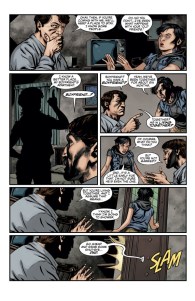 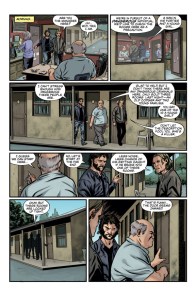