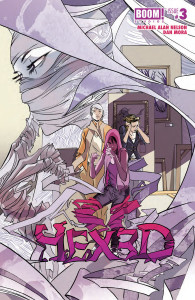 My, my, my, our girl Lucifer certainly has a knack for finding trouble doesn’t she?  But that’s part of her charm.  When you consider she has spent most of the first three issues of her own series dead at her own hand, it makes it a little easier to understand that she’s not your typical heroine.

There’s a lot to like with Hexed.  There’s Lucifer of course.  She’s young, attractive, powerful, and has a buck the system attitude that is built to be endearing.  She’s quick with the witty comments and is never short on confidence.  Of course she’s likeable.  Yet she’s far from perfect and makes mistakes just like the rest of us.  It would have been easy for Mr. Nelson to leave the flaws out of Lucifer, but he didn’t and that makes her that much more realistic and appealing.

But Mr. Nelson didn’t stop with a cool main character.  He has surrounded Lucifer with a really intriguing cast of characters.  Val Brisendine, Lucifers’ boss and mentor.  You know she’s been places and seen things that would make most folks fold in on themselves, but she has managed to not just come through it, but with flying colors and still look good.  Raina the intern may be my favorite part of this story.  That poor girl.  Thanks to Lucifer, in the span of two days she has learned that magic is real, been sent into the aether, and become a necromancer.  Oh, and she almost died in issue one.  That’s a lot to take in.  And let’s not forget Lucifers’ godmother, The Harlot.  She’s something.  She is the keeper of all secrets and has chosen Lucifer as her heir, yet doesn’t seem to be all that fond of her.  That’s a relationship just waiting for couples therapy.

And then there’s the “bad” guys.  We don’t know much about Yves, other than there was a reason he was trapped in that picture frame in issue one.  But now that he’s out, he’s going to be nothing but trouble for Lucifer.  And possibly most interesting is Yves sister, Cybaline, the young woman dressed all in white who speaks only through a thrall.  I don’t know what her deal is, but I want to.  Oh, and the Seven Witches who absolutely hate Lucifer and are doing their damnedest to end her.  That’s quite the rogues gallery.

And I haven’t event mentioned Dan Mora’s art, but it rocks on toast.  Come to think of it, I haven’t said much about what actually happens in this issue.  That should tell you what a good job this creative team has done on building solid characters in a cool world setting.

There are so many good books out this week, and this is one of them.

4 out of 5 Haunted Idris Elbas 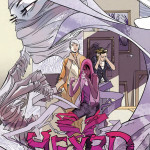 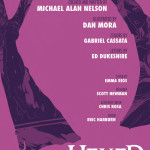 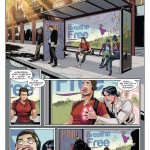 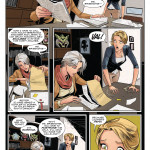 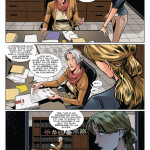 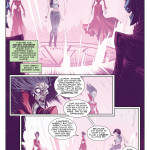