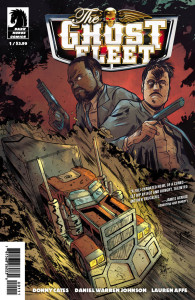 Up until that Christmas my “rockin’” had consisted of a steady diet of KISS albums and almost exclusively KISS albums.  But then my cool and slightly weird Aunt Shirley took my wish list seriously and Boom! Ozzy under the tree.  Don’t get me wrong, I still love me some KISS, but when I placed the needle on side one of Madman, it was like familiar and completely different all at once.  It launched into Over The Mountain, and I knew this was going to be awesome.  It rocked, hard, and Ozzys’ vocals were solid, and trippy, and amazing.  While Randy Rhodes did things on guitar I had never heard before.   That’s the same feeling I got when reading The Ghost Fleet #1.  Donny Cates slings a story over Daniel Warren Johnson’s art like Ozzy slinging lyrics over a Randy Rhodes guitar lick.  It’s something to behold.

And not unlike my initial listening to Diary of a Madman, I’m not completely sure what’s going on in Ghost Fleet, but I know I like it and I know it rocks.  We start with General Andrew Jackson and the Pirate Jean Lafitte hashin’ out a deal, and we end in flames.  Man I’m diggin’ this book.  The art is cool, the action hot, and plenty of twists and turns and a heaping helping of betrayal.

So, listen to your weird Aunt (wait, I’m your Aunt now?  I mean I know that would be weird, but I don’t think I qualify as an Aunt, but just stay with my call back analogy ok?) and unwrap this book soon.

5 out of 5 Marshall Stacks on Ten 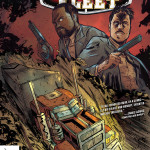 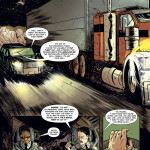 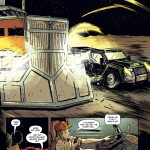 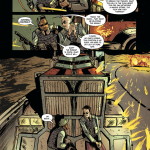 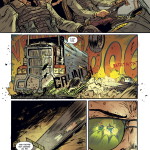 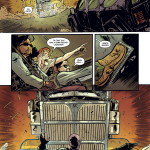