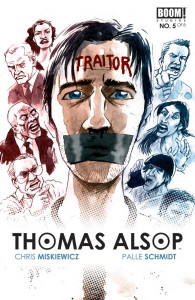 There’s a rawness here in this issue.  It’s a rawness that comes with truth and honesty.  It’s red, hot and irritating like only honesty can be.  Thomas has ripped the bandage off and now that which was covered has started to ooze forth like blood from an irritated scab.

There is something very satisfying  about Thomas’ attitude in this issue.  It’s not cocky, it’s not arrogant, it’s not flippant… He knows exactly what he’s doing and why he’s doing it.  Yes, he has been a bit of a con artist up to this point in his life.  And, yes, maybe he hasn’t always dealt with being the Hand of the Island as seriously as he could have.  But that all changes here.  He sees the situation for what it is, and in spite of everything, he’s doing exactly what needs to be done to save the Island and everyone on it.  Sure he’s pissing people off; the public, some of his fans, and especially the Families of Power.  But that’s satisfying as well, the level of discomfort Thomas is able to sow amongst those around him simply by being who he needs to be.

Chris Miskiewicz has put together a really compelling story set in one of our Nation’s greatest tragedies and that’s a feat in and of itself.  But that is typical of this story.  Taking something that has been elevated to a level of being almost sacred and just looking at it in real, practical terms.  Why shouldn’t there be  a story about the thousands of lives lost on 9/11?  Why can’t we take a supernatural run at this event?  The five families react to Thomas and his actions like many Americans react whenever you bring up 9/11.  Don’t touch it, don’t mess with it, don’t even look at it too long.  You do that, and we might see something we’ve missed.  Or, even, Heaven forbid, come to a realization about ourselves.  (Gasp! What?! ME?!)

But don’t think this book is some heavy handed proclamation about America and it’s reaction to 9/11.  It’s not.  It’s a story about a supernatural detective who’s a rock star in his field.  And it has a good sense of humor about it as well.  “You’re using Bushwick Manor as an excuse to get all GRRR about everything else that you’re already all GRRR about.”  Funny and on point.  Plus the Twitter feed page was pretty solid.

I dig this book a lot. 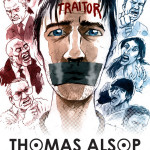 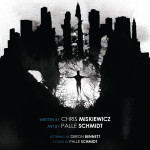 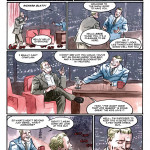 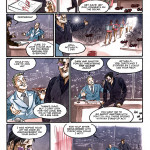 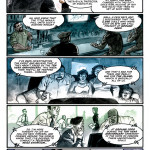 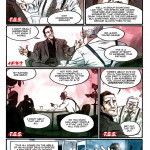