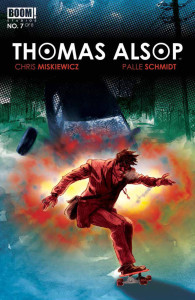 If you’re looking for the eye of the storm in this story, this is it.  Oh, there’s plenty of chaos, but it’s swarming around Thomas.

Up to this point, we’ve seen Thomas as flippant, arrogant, lackadaisical, disinterested, and a bit lazy.  But now, Thomas seems to have found his center.  Sure, he had to almost drown to get there 100%, but still, he has found his focus, and he knows exactly what he wants/needs/has to do in order to save the Island, and nothing is going to stop him.

Just because Thomas is the calm focal point of the storm, doesn’t mean everyone else is enjoying a respite from action.  On the contrary, almost all of Thomas’ friends are being buffeted by the storm swirling around Thomas, and some might not make it out in once piece.  From Thomas’ lawyer, to his friend Marcus, to his co-hort Emma, they all are feeling the effects of what is to come.

And through it all, there is still a nice under current of humor that still feels very genuine and organic.  The scene in Thomas’ Publisicists apartment with Albert is so surreal it’s believable.  And the look on Thomas’ face when he gets rocked with a right cross in the mush, pretty priceless.  Kudos to Mr. Schmidt on that one.

Not gonna lie: I’m a bit bummed that next month is the end of this series.  I can only hope we’ll see more of Thomas in the future.  There’s still plenty more stories to be told with The Hand of the Island. 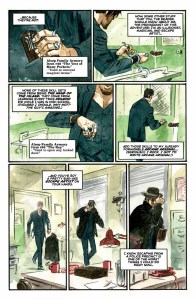 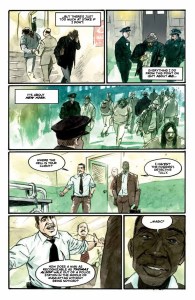 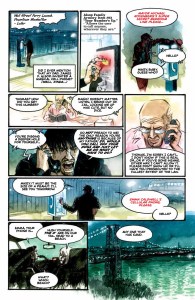